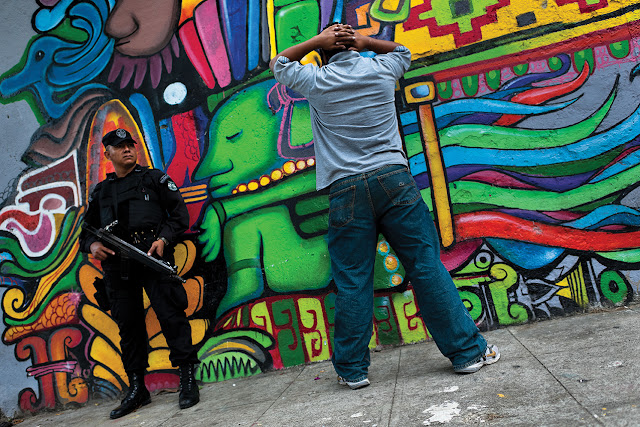 By Sara Milanese
In San Salvador, teenage girls rejected by the United States due to migration policies are forced to hide themselves from the same danger from which they had fled: criminal gangs, known for
their ferocity.
They change their hairstyle and dye their hair a different color; they learn to speak differently, without cadence or repetitions; they lose an old recognizable way of walking or a unique posture; they vanish from every social network. The goal is to become anonymous: nobody can recognize them; their life is on the line. These are girls between the ages of 14 and 18 who have been repatriated to El Salvador from the United States after the tightening of migration policies.
Today they are forced to hide themselves from the same danger that put them on the run: criminal gangs, notorious for their ferocity. The stories of these girls all have a common, central point: whether it is the now infamous Mara Salvatrucha, or their main rival gang the Barrio 18, if a criminal wants you dead you have only one way to save yourself; that is to “get lost”. Hence, every one of them was forced to flee: either because one saw something that she should not have seen; or because she got involved with the wrong guy; or because she dared refuse the attention of some low-ranking gang head. Sometimes it was their own mothers who convinced them to leave, trying to save them from a grisly fate.
Now, after they have been repatriated, the risk doubles: the gangs also consider them traitors for trying to escape abroad. However, none of them has a safe place in which to take refuge in order to avoid violence in the midst of what is considered the most lethal gang war in the world, with 60 murders for every 100,000 people in 2017.
The government agency ISNA (the Salvadorian Institute for the Development of Childhood and Adolescence) has organized a special program for the protection of these girls. It puts them up secretly in apartments where they live together in groups of as many as twenty, especially in the capital of San Salvador. Here their transformation begins: from hair to clothes, to the way of speaking. The girls’ stay in one place is short: transfers from one home to another along with the use of bulletproof cars for travel, are additional measures of safety. The girls who have managed to get into this program are the lucky ones, a small part of those who suffer threats, because the government does not have a real witness protection program.
How can they rebuild a new life? For example, some of the girls explained, by beginning to frequent the areas guarded by the opposing gang from the one that wants you dead, since the gangs do not talk to each other. Never take personal identification papers along; instead always bring at least a couple of dollars in case someone asks you for a “gift”; otherwise they could take your cell phone, and if you forgot to bring that with you, then you could run into serious trouble. Tight dresses, miniskirts, and low-cut blouses are all banned: never draw attention to yourself. Public transportation is also forbidden, here a very high number of cases of theft and sexual assault take place. You cannot trust the police or other authorities: gangs have also infiltrated the government. You cannot even count on the kids: starting from the age of 8 they are recruited to check street corners and the streets; they are called “ojos,” eyes.
It is to this country that the US wants to send back some 250,000 Salvadorans. Welcomed in the US originally thanks to a special humanitarian plan after the 2001 earthquake, 25 years after the agreements that put an end to a violent civil war. El Salvador is now an even more dangerous place than before, especially for women: every year over a thousand girls disappear. In 2016, 524 women were killed, that is one for every 5,000 women. In 2017 data shows that numbers are slightly down, but we must take into account the fact that El Salvador does not recognize the crime of the murder of females by males deliberately because they are females. Every day 10 rapes are reported; they are just the tip of the iceberg, because most assaults are not reported.
The fact that 247 Salvadoran municipalities out of 262 are considered lost to the hands of criminal gangs has not slowed repatriation plans in the least: the repatriations of those who are illegally in the States have already begun; Salvadorans who are undocumented will be repatriated starting in September of 2019. A forced repatriation that will cause economic damage on both sides: the economy of El Salvador, home to just over 6 million people, depends largely on remittances from expatriates. US economists also warn that the expulsion of Central American workers (in addition to those Salvadorans, including Haitians, Hondurans and Nicaraguans, for a total of 300,000 people), who on average have been living in the US for 19 years, will create major problems in the construction and catering sectors, because these jobs are not of interest to American citizens. In addition, forced repatriation will cost the US $164 million and will make thousands of people illegal across the country.

Previous StoryWitness and Journalist
Next StoryJerusalem: The Home of All Peoples