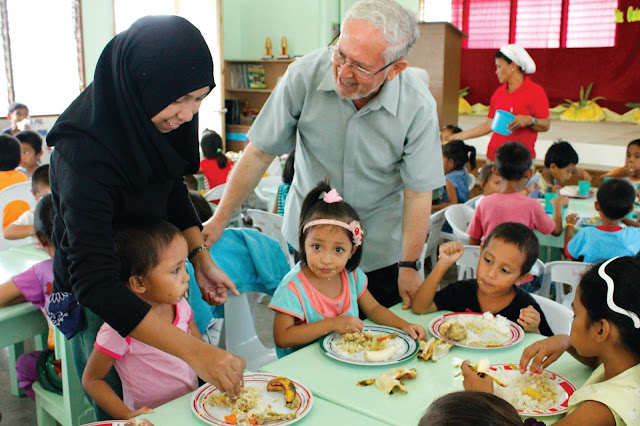 Twenty-five years after the killing of Father Salvatore Carzedda in Zamboanga, the importance of continuing to promote encounters between Christians and Muslims is important to build an alternative to violence

On May 20, 1992, Fr. Salvatore Carzedda, PIME missionary in Zamboanga City, was killed during a seminar held by the Silsilah Dialogue Movement among Christian and Muslim leaders. His martyrdom was the beginning of other forms of “martyrdom”, which Christians continue to live even today, especially in Mindanao.

Now more than ever is it important to keep alive these memories of courage in the face of fear and this spirit of dialogue so that we may look ahead with hope. Still, to this day there are many challenges that face us, even upon the soil where Father gave up his life, here in the Philippines.

The archipelago that makes up this country, with its seven thousand or more islands, holds a strategic position in Asia. Islam officially entered in 1380, from the South, while the Portuguese and Spanish colonizers arrived for the first time in 1521 in the central area of ​​the territory, which later was named the Philippines, to honor King Philip II of Spain. Next was the Americans’ occupation in 1898 and that of the Japanese during World War II. After this came the proclamation of the Republic of the Philippines in 1948, and the armed Communist Party (1968) was formed. It called for greater social justice, while later on led to the Moro National Liberation Front (MNLF, 1968) and eventually the Moro Islamic Liberation Front (MILF, 1981) were born. They both clamor for independence or significant autonomy to Mindanao, or at least demand that provinces considered “Moro”, a name that identifies the local Muslim groups be granted more self-determination and significant autonomy. 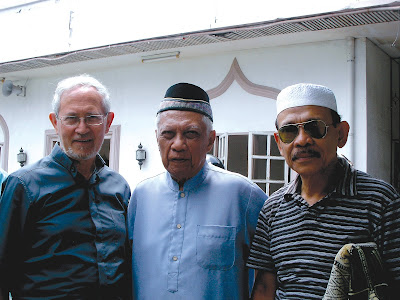 These groups still hold a significant weight here in Zamboanga, but next to them, the presence of Islamic radicals who justify violence as part of the teachings of Islam is increasingly visible. Catholics, who represent the majority of the Philippine population (about 85% of its one hundred million inhabitants), have a great responsibility. In 2021, the Church will celebrate five hundred years of Christian presence in the Philippines and Catholics are called to reflect on their mission to live the faith with courage, witnessing other with other faiths despite any adversity or fear. The greatest challenge for them is to reaffirm their identity and to be able, at the same time, to continue dialogue with other cultures and religions, especially with Muslims representing 5% nationally, but in Mindanao are 20% of the population, or in some provinces, where they are the outright majority.

Tolerant conversation between Christians and Muslims still has a long road ahead of it. Particularly in today’s reality, it becomes more and more difficult due to the presence of violent groups. An indirect negative effect of this new wave of Islamic radicalism is the breakdown of the traditional relations that were created in the past between the two communities. Now, in many areas, fear reigns not only among Christians but often among Muslims, too, because they do not recognize themselves in these new fundamentalist tendencies. This causes strong contrasts and conflicts between Muslim groups of different persuasions.

The situation is even more complicated if we think that peace in Mindanao, the subject of many discussions and agreements, is still at risk. Confrontation between religious groups has been exacerbated off and on, especially during the period of martial law in the seventies, now with an avid resurgence in the early twenty-first century. As a result some would like to introduce a new federal system under the leadership of President Rodrigo Duterte. He has created a strong, but incredibly violent form of government that has been met with varying reactions at the national and international level, especially with regard to his “war on drugs” or the project of reintroducing the death penalty. Duterte’s semantic irritates many, inside and outside the country, nonetheless the president still receives a lot of support for his efforts to solve the serious problems facing the Philippines. The fact is, however, that not respecting certain fundamental principles of the rule of law will soon lead to new developments, most of which already suggest that this government will not last long. 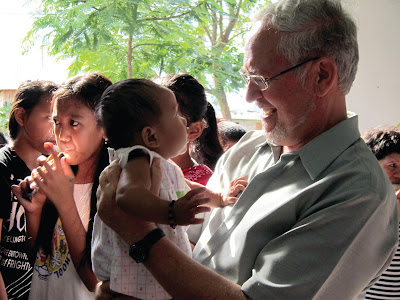 In this context, after forty years of mission in the Philippines, especially in Mindanao, it seems more necessary than ever to have great courage to find venues for dialogue so that they can become signs of hope for eventual peace in this country.

In 1977, when I arrived on the island of Mindanao on my first mission assignment in Siocon, Zamboanga, I discovered a miniature replica of the problems that existed, and in part still exist, in this region. I found groups of Christian immigrants from other parts of the country, tribal groups who inhabited the mountains, and Muslims displaced by ongoing conflict. It was the time of martial law and many were living in conditions of extreme poverty and even greater fear.

In particular, Christians feared Muslims and the military; Muslims were afraid of a militarized government that paid little attention to minorities; both Christians and Muslims, however, often oppressed tribal groups. All of this taking place in a revolution scenario with open conflicts between the Moro National Liberation Front and the army.

This reality led me to pay special attention to the Muslims and to try to be a bridge of hope. It was not a simple thing, but I felt the need to do it; hence I tried my best even to approach rebel groups and give my contribution of presence and solidarity to aid in the peace process.

All this was instrumental in the decision to start the Silsilah Dialogue Movement in Zamboanga City, in 1984. From the beginning, we were able to assert the identity of our movement supported by a spirituality of life in dialogue, proposed to both Christians Muslims.

We presented this spirituality in clear terms, as it stemmed from the conviction that “dialogue starts from God and leads to God.” There are four pillars on which it is based: dialogue with God, dialogue with ourselves, dialogue with others and dialogue with creation. With Christians we highlighted the importance of the “Beatitudes”, synthesis of a journey of faith, and for Muslims the “great jihad” or the process of inner purification.

In the beginning, some criticized this choice of a dialogue based on spirituality. During the period of martial law, many were driven to join groups with social guidelines that downplayed the importance of spirituality as the foundation for a deeper commitment to dialogue and peace. However, our choice of being rooted in spirituality allowed us to live the dialogue with courage and determination. In a society ruled by fears and prejudices that often morph into hatred, all of this is not easy. We were lucky because, from the beginning, many Christian and Muslim leaders understood and respected the Movement. Generally speaking this positive spirit is also maintained at the national level, when the Silsilah Movement developed further and I have been called to serve the Episcopal Conference of the Philippines as Secretary of the Commission for Interreligious Dialogue. 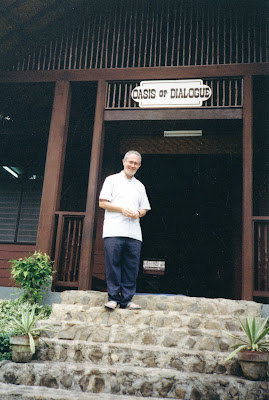 Silsilah is considered the first movement that still continues this mission with a clear vision. This, in some ways, bothers most radical ideologies with international ties that are present in Mindanao. These ideologies have become much more visible in the early nineties with the arrival of Muslim groups with more radical views of Islam. Countries from the Persian Gulf often offered scholarships to Muslim youth in the area, quite often after returning to the Philippines after graduation with more fundamentalist views.

I could tell of many attacks that some of us have suffered; one that comes to mind was a bomb that was left inside our center, which fortunately did not explode. Especially now, I would like to recall the killing of Fr. Salvatore Carzedda, in 1992, which also marked the beginning of a more open fight against Christians. Among our alumni and members of the Silsilah Movement, there are, in fact, other martyrs: the bishop of Jolo, Benjamin de Jesus, OMI, killed in 1997; Fr. Rhoel Gallardo, CMF, killed in Basilan in 2000; Fr. Jesus Reynaldo Roda, OMI, killed in Tawi-Tawi in 2008. Among the students of Silsilah there are certainly others, of which we have no news at all. These sad events, however, confirm the urgency to stand alongside those who live in difficult situations and to give courage to all those who are under pressure from more radical groups. This situation is dividing even the moderate Muslims who appreciate the dialogue promoted by Silsilah and is alarming everyone, including Islamic leaders. We often talk about groups called “Inter-Faith Council of Leaders” (IFCL), formed by Christian leaders and Muslims, who believe in the importance of this dialogue, and are part of the Movement.

Fortunately, there are also good stories, which encourage us to keep going despite everything. Among the many positive examples I can cite that of a young Muslim teacher, who attended our courses years ago. Now he has become a great promoter of interfaith dialogue in his area. “Father, he told me one day, I took your course of Silsilah to understand what you were saying. I had critical intentions, but then I realized the value of what you taught, and now I try to carry on the dialogue in my area, where increasingly radical Islam that incited to violence is advancing. “

Another moving story is that of a Muslim leader of Basilan, a member of our group. “I was threatened, he said, by other Muslim leaders who wanted to discourage me from participating, but I continue to be here with you because I believe in this mission of dialogue.”

Today, many people think that the situation will only improve with increased military presence in the areas most at risk. Personally, I am convinced that we must find more realistic and lasting solutions, through a program that helps this society to rediscover the fundamental values ​​of the common good and respect for cultural and religious differences.

It is a long but necessary journey that we are taking with patience and courage. We are, in fact, convinced that in the heart of every person there are always traces of goodness that should be rediscovered so that we can all work together as a gigantic human family.