Since December 1st there has been an ongoing mass roundup of African refugees in Algerian neighborhoods. Those rounded up are deported to a camp in the Algerian city of Tamanrasset closer to border with Mali and Niger in order to be expelled. 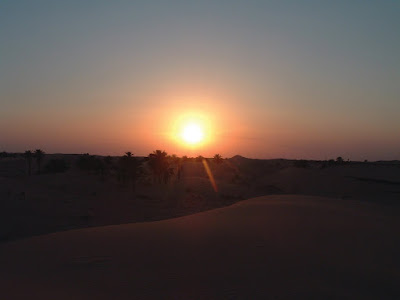 In Algeria all neighborhoods where there are sub-Saharan African migrants were surrounded by police forces. These round-ups do not spare women and children. An Algerian human rights syndicate, SNAPAP, quantified the barbarism: “it is the largest hunting expedition against blacks since independence.” Radio France International (RFI) has reported that there are already about 1,400 sub-Saharan migrants arrested by Algerian police. Some have already been deported to a camp in Tamanrasset, in anticipation of being expelled from the country.

Witnesses state that refugees in Algerian neighborhoods were arrested in their homes, in their workplace, or simply on the street. One particular migrant, who had been arrested, returned home to find that all of his belongings had been taken away by the police, his only choice left was to seek refuge in a mosque. Those who managed to escape the operation now remain hidden for fear of being detained. “We cannot go to work or step outside because they stop us,” tells a woman from the Ivory Coast who can no longer get in touch with her husband.

There are about 150,000 refugees in this northern African country, according to the Algerian national police. Most come from Nigeria, Niger, Liberia, Cameroon, Mali, and Guinea; they come to Algeria in the hopes of reaching Europe through Morocco or Libya. Often this is not the case, and most remain stranded here and live as illegal immigrants.

It is not the first time that the Algerian government has used strong-arm tactics to send them back: violating human rights and every international convention on refugees along the way.

A 2012 report, by the Jesuit Refugee Service presented in Brussels, condemned an increase in forced returns and violations of the human rights of refugees, particularly in Morocco and Algeria. However, still nothing has been done. 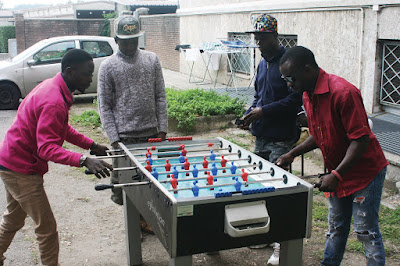 “Algeria is just carrying out the ‘task’ that the European Union assigned to it. To carry out this ‘task’ of stemming the incoming flow, financial aid is even given,” says Fr. Mussie Zerai, a Scalabrinian priest native of Eritrea who became a figure for many refugees, told Vatican Radio. He states, “Nowadays, not even the Geneva Convention, which prevents these mass deportations, is implemented: on paper, these unfortunate people do not seem to qualify as refugees.”

In addition to the deportations, in a September 30th report on the conditions of sub-Saharan refugees Algeria Amnesty International stunned the international community by denouncing the human rights violations and exploitation and racism of which these people are victims.

“In Algiers there are construction sites everywhere. We live in abandoned construction sites and we work in those that are open: this is our life in a nutshell,” a Guinean migrant living in the capital recounts on the Observateurs de France 24 website. “We do all those things that people here refuse to do themselves. Our bosses call us ‘comrades’, but one gets the impression that they mean ‘slaves.’ But we have no choice; they are the only ones who agree to employ illegal immigrants.”

Previous StorySt. Teresa of Calcutta and My Missionary Vocation
Next StoryCourage for Dialogue in Mindanao