This is the accusation leveled by activists and international NGO’s that criticize the findings published by an investigative government commission. Following the investigation, the “independent” panel denied violence, adding: “The presence of mosques is evidence that persecution is not going on.” The Muslim minority in Myanmar mourns her little Aylan.

Activists and pro-human rights organizations accuse the Myanmar government of trying to “mop up” the traces of violence against the Rohingya in Rakhine State, in western Myanmar. This is a clear and most harsh stance taken by humanitarian associations, while the Naypyidaw government is flaunting the findings of a commission of inquiry according to which there is no evidence of “genocide” in the region which has a Muslim majority.

Nobel Peace Prize winner and Myanmar Foreign Minister Aung San Suu Kyi has faced mounting criticisms in the light of recent rejected accusations of abuse by the security forces. At the same time, there is an ongoing investigation against a group of policemen seen in an amateur video brutally beating residents of Rohingya villages. 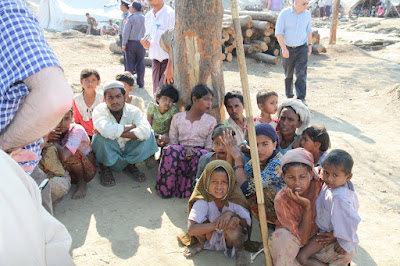 In recent months cases of violence between the Tatmadaw (government army) and what soldiers call “a militant group of Muslim Rohingya” in Rakhine State have increased exponentially. The Rohingya are a Muslim minority of just over one million people originally from Bangladesh, for whom Myanmar does not recognize citizenship and whose members live in refugee camps scattered in several parts of the country.

Since the beginning of October, figures speak of at least 90 people killed and about 34,000 displaced. The Tatmadaw continues to go from village to village ridding the territory of perceived rebels. So far, Cardinal Charles Bo, Archbishop of Yangon and others have made calls for peace local and international personalities to no avail.

The Rohingya population speaks of summary executions, arbitrary arrests, rapes, houses torched in the context of a campaign dubbed by the government as a “cleaning operation,” retaliatory strikes aimed at those who have launched attacks against the Myanmar military. Naypyidaw continues to vigorously deny the rumors of abuse and genocide; but, at the same time, access to the area by independent journalists and aid workers has been actively prevented.

Aung San Suu Kyi, once seen as an icon of human rights, has long been at the center of international controversies and accusations. The “Lady,” as she is called, allegedly, has never taken a position in defense of the Muslim minority, but has tacitly endorsed the violence committed by the Buddhist majority and the army against the Rohingya; hence the decision of the Myanmar Minister of Foreign Affairs (and the Council of State) to form an “independent” panel, which denied the accusations of violent incidents. The official statement issued at the end of the investigation asserts that the presence of “Bengali population” [term used by the government to identify the Rohingya], combined with the growing presence of Mawlawi (Islamic scholars), mosques and religious buildings are evidence that there is not ongoing genocide or religious persecution.” 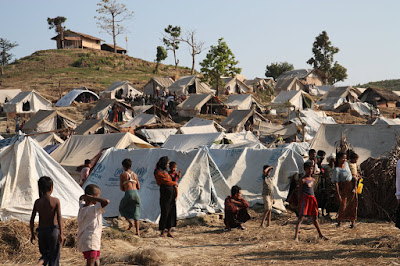 Some activists criticized Aung San Suu Kyi for her silence on the 2012 Rakhine State riots and her now ongoing, perceived indifference to the plight of the Rohingya. After receiving a peace prize, she told reporters she did not know if the Rohingya could be regarded as citizens of Myanmar. In an interview with the BBC’s Mishal Husain, Suu Kyi refused to condemn violence against the Rohingya and denied that Muslims in Myanmar have been subject to ethnic cleansing, insisting that the tensions were due to a “climate of fear” caused by “a worldwide perception that global Muslim power is very great.” However, she said that she wanted to work towards reconciliation and she cannot take sides as both sides have committed violence.

The position of activists and human rights organizations is quite different as they continue to raise allegations of violence. Phil Robertson, deputy director at Human Rights Watch for Asia, points out that the commission seems to operate more as “a government cleaning mechanism” rather than an organization that aims at promoting justice. Matthew Smith, founder of the Fortify Rights group, adds that the army “has committed crimes and atrocities” that the committee “is trying to clean up.”

The terrible picture that has been circulating in recent months, which depicts a Rohingya child less than two years old sprawled on the ground, lifeless, highlights this climate of growing violence. It is a shot that recalls the drama of the small Aylan Kurdi, drowned on September 2, 2015 washed up on Bodrum beach in Turkey while trying to reach Europe with his family. The Rohingya in Myanmar lament their little Aylan: it is Shohayet Mohammed, 16 months old, fleeing from the Rakhine State and headed for Bangladesh with his mother, uncle and brother. It is alleged that he must have drowned when the boat crossing the Naf River sank when perforated by government bullets.

Previous StoryIsis and the Rohingya
Next StorySt. Teresa of Calcutta and My Missionary Vocation