The investigations into the massacre of July 1 in Dhaka are uncovering direct links with the Islamic State. It is feared that the “fighters” returning from Syria and Iraq might find a new breeding ground among the Rohingya refugees, who are still coming in from Myanmar.

In Bangladesh the investigations of the massacre at the café-restaurant Holey Artisan Bakery in the Gulshan diplomatic area of Dhaka last July 1 confirm something more than a mere infiltration of the self-styled Islamic State in the country. A situation that could worsen not only because of the return of “fighters” from Syria and Iraq, but also with the creation in the country of a “sanctuary” of the armed extremist Rohingya minority persecuted in neighboring Myanmar as well as with a refugee crisis on the border between the two countries. In fact, in Myanmar the pressure continues on the Rohingya Muslims to find refuge elsewhere. Some 25,000 of them have crossed the border in less than two months. There is growing criticism over the silence of Aung San Suu Kyi, the Burmese Nobel-recipient now Minister of Foreign Affairs and national Councilor, who must have her reasons for her silence in the knowledge of the intricate internal situation of her country. To understand what is unfolding one must factor in the still decisive role of the military in the country’s affairs. 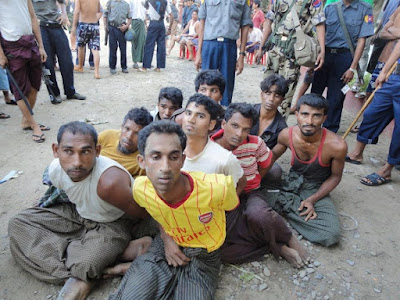 Exacerbated recently by alleged attacks by ethnic Rohingya militants against police posts at the Burmese border on October 9 and the killing of nine policemen, the situation has a disruptive potential for Myanmar, neighboring Bangladesh and throughout South-East Asia. A new massive migration of refugees, on the one hand, and the creation of sanctuaries for militants of this ethnic group in Bangladesh, on the other hand, would open other fronts of crisis in a fragile area permeable to extremism despite the efforts of governments. Even so, the former secretary general of the United Nations Kofi Annan, “enlisted” by Aung San Suu Kyi as a consultant on the Rohingya issue recently visited the areas affected by the violence and had a meeting with leaders of religious communities, including Cardinal Charles Maung Bo, Archbishop of Yangon.

Returning our thoughts to Bangladesh, investigations have uncovered that Tamim Ahmed Chowdhury, the organizer of the Dhaka massacre, which claimed 22 dead; mostly foreigners including one American, nine Italians, and eight Japanese had sought and obtained the approval of “Islamic State” for his action. Communications in the hands of police exchanged between Chowdhury and his contact in the militant group, Abu Mohammad Tajuddin Terek Kausar, clearly indicate the “green light” given by Isis to strike foreigners as its primary objective. It would have been, indeed, Chowdhury who suggested an attack on a restaurant frequented by expats.

The same communications between Chowdhury (30) and Kausar (35) also show attempts by Isis to recruit and finance militants in Bangladesh. Taken as a whole, these exchanges suggest links between the Islamic State and Bengali militants stronger than previously suspected. 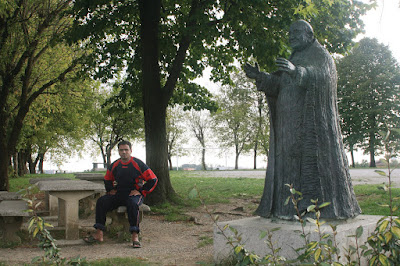 As with other countries, some fear that a back flow of militants presently in conflict areas in Syria and Iraq as well as a general increase in Isis’ influence could have negative consequences on Bangladesh’s fragile economy; this economy is supported by the textile and clothing industry that annually brings into the country 28 billion dollars and is, in turn, closely linked to foreign interests. Among the immediate consequences of an increased extremist influence, if proved, would be the flight of multinational companies that currently use local raw materials and staff in the manufacturing of their products.

This financial dependence on foreign companies explains the constant denial on the part of Bengali government authorities of the presence in the country of radicalized foreign terrorists even though, since September 2015, the Islamic State has claimed responsibility for at least a score of attacks on moderate Islamists, secular intellectuals, liberal media outlets, foreign citizens, members of minority religious communities.

Previous StoryBurakumin: The Japanese No One Wants to Hear About
Next StoryMyanmar and the Rohingya